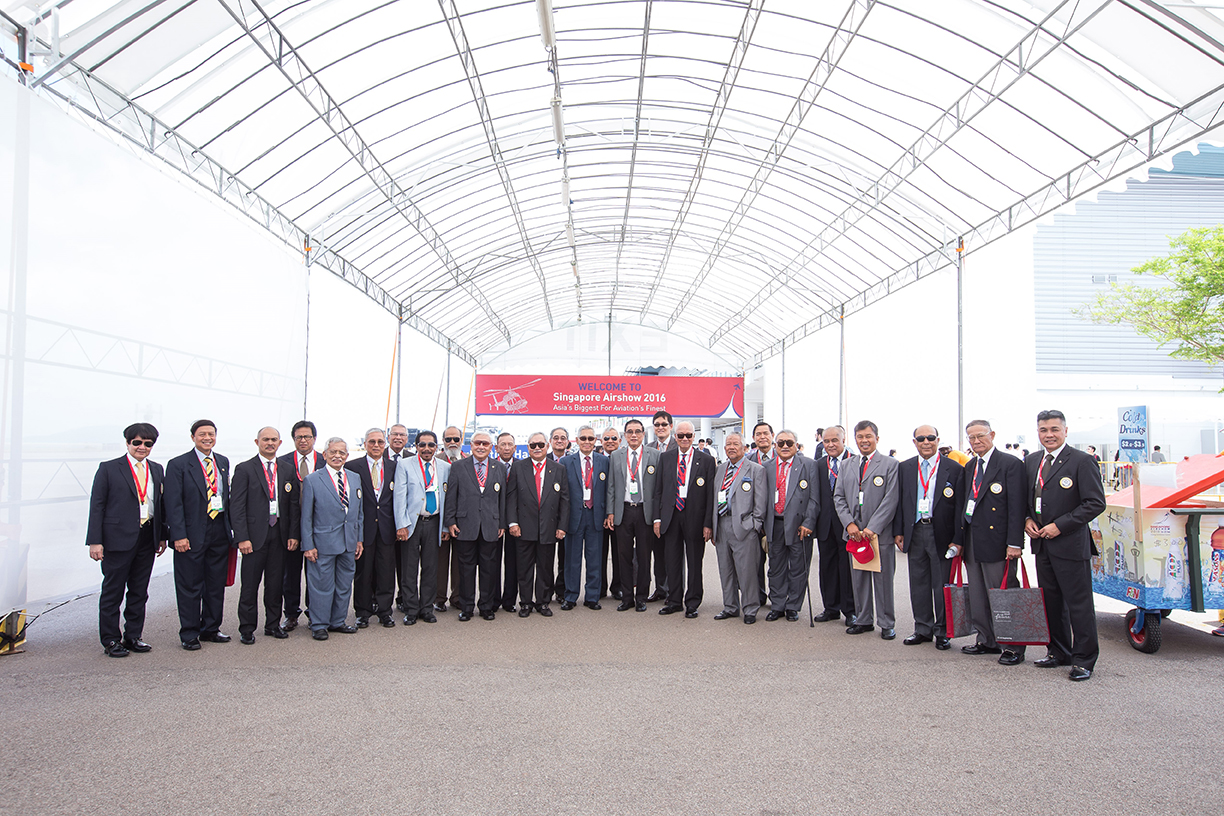 General (Ret’d) Winston Choo, The Pinnacle Club of Asean’s Founding Patron in Singapore and the Secretariat of the Club hosted members of the Club to the Singapore Airshow from 16 to 18 Feb 2016.

One of the highlights of the visit was a dinner held on 17 Feb 2016, where Deputy Prime Minister and Coordinating Minister for National Security Mr Teo Chee Hean was the Guest-of-Honour. DPM Teo had previously held various political appointments in the Ministry of Defence, including Minister for Defence. He also served as the Chief of the Republic of Singapore Navy before he joined politics. DPM Teo knows many of the Pinnacle Club members, having served at the same time with them.

With around 50 members who were prominent military and security leaders during their tenure, the Club provides a social setting to build on long-lasting relations and opportunities for informal diplomacy. Tonight’s dinner was another informal opportunity for members to catch up with each other. DPM Teo was reacquainted with new members of the Pinnacle Club, which includes members from the Chiefs’ Circle in Malaysia and the Elite Group in Thailand, led by General (Ret’d) Tan Sri Mohamed Hashim Mohd Ali and General (Ret’d) (Dr) Mongkon Ampornpisit respectively.

Commenting on the Club members visit to Singapore, Winston Choo said: “The development of an informal network and sound friendship across the borders within ASEAN could play a part in assisting to relieve challenges and tensions should they arise.”

The Pinnacle Club was formalised in early 2014 by the Founding Patrons who are former Chiefs of Defence Forces from six ASEAN countries, namely Brunei Darussalam, Indonesia, Malaysia, the Philippines, Singapore and Thailand. As part of the three-day programme, the Pinnacle Club members were treated to a VIP tour of the Singapore Airshow today, which included a preview of the breathtaking aerobatic flying displays. The Pinnacle Club lounge in Singapore was also unveiled for use to members, allowing access to a range of amenities for members and travel partners from its location in Orchard Road.