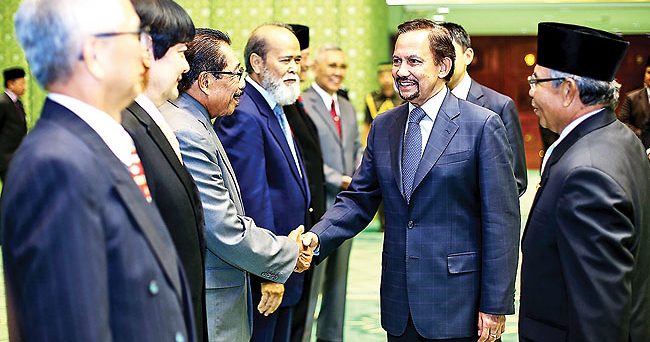 HIS Majesty the Sultan and Yang Di-Pertuan of Brunei Darussalam, the Minister of Defence and Supreme Commander of the Royal Brunei Armed Forces, yesterday consented to receive in audience the Founding Patrons of the Pinnacle Club of Asean.

Also present at the ceremony was His Royal Highness Prince General Haji Al-Muhtadee Billah, the Crown Prince and Senior Minister at the Prime Minister’s Office, and General of the Royal Brunei Armed Forces.